Role of Social Media to increase your Practice 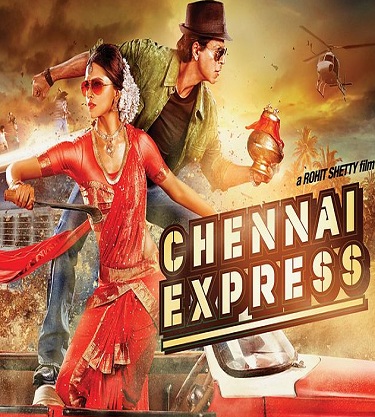 Role of Social Media to increase your Practice

The Role of Social Media & Digital Marketing ———-in the Phenomenal Success of Chennai Express….

“Social media Presented the complete medium for engaging fans across geographies and cultural boundaries, while presenting an unstoppable ROI on the marketing Expenses.

Chief Level used :-
Twitter USED Because of its virality.

UNIQUE FEATURES:-
Dynamic campaign, that could adapt to changing social moods while maintaining its essence, through the use of Big Data and real time reporting. Unique hash-tags such as #AzaadiExpress #ChennaiExpress, Dobara that brought out the Independence Day mood or took on the rival movie. Cross linking of platforms. YouTube, Twitter and Website integrated campaign where in the trailer launch would be directly related to the no. of tweets sent out. Tie-Ups with Fan Clubs for promotion on all platforms, focus on organic reach. Permission based SMS catering to 100 million fan base, reaching out to non internet connected fan base.

FACTORS CONTRIBUTING TO THE SUCCESS OF THE CAMPAIGN
The fact that both stars have loyal fan followings on social media The lively cultural discussions about the differences in lifestyles in North and South India As the film was to be released on a major holiday (Eid-ul-Fitr), social media traffic was expected to be high Holidays such as Independence Day and Rakshabandhan on the second weekend from release.

ACHIEVEMENTS:-
Over 1 Billion cumulative impressions on all level. The longevity of the campaign was much more than usual movies which only trend over the release weekend, the campaign trended for 10 days straight in India and for many days on the global index as well. 750,000 Tweets in a 90 day period, as against a Kaun Banega Crorepati which got about 21,000 Tweets in 2 years. Peak buzz of Chennai Express about 600% higher as opposed to Once Upon a Time in Mumbai Dobara, which released just next weekend. Peak buzz of Chennai Express about 500% higher than Elysium and Disney Planes, released the same week. (SOURCES Case study PDF released by Persistent Systems Pvt. Ltd. TOI website Enterprise-gamification.com )

This site uses Akismet to reduce spam. Learn how your comment data is processed.

you will be notify when new image will be uploaded.

Ok, in case you are looking for me

I'll be hanging out at the bottom of the screen!